​MEET OUR BOARD MEMBERS

Jerry Ma, SWFCA Founding Member
Jerry Ma is a retired professional engineer with Florida State Health Department after thirty years of services and is living in Estero. He has a BS degree of Chemical Engineering from San Jose State University and a MS degree in Public Administration from FGCU and has been volunteer in establishing SWFCA since 1993. He is from Macau and graduated from Hong Kong Baptist College. 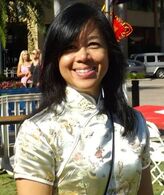 Judy H. Wright, SWFCA President
Judy Wright is the office administrator at the law firm of Grant Fridkin Pearson, P.A. in Naples, Florida. She has been with the firm since 1988 and is the past president of the SWFL Association of Legal Administrators, the past president of the SWFL Chapter of the National Association of Asian American Professionals, and past board member of the Naples Asian Professionals Association. She is also the founder and past coordinator of AsiaFest, a cultural festival in Southwest Florida. Judy attended Carson-Newman College, a Christian college in Jefferson City, Tennessee. She has 3 children, 4 grandchildren, and enjoys volunteering her time with non-profits, horseback riding and martial arts. 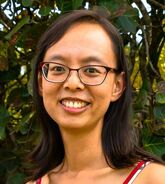 Liwen Williams, SWFCA Vice President
​Liwen grew up in Taiwan, China, graduated from Southern Taiwan University of Technology in 2002, with honors in her Bachelor's Degree in English. With scholarship, she came to the Untied State as an exchange student for a year, then with another scholarship, she finished up the second year and earned her Master's Degree in Communication with honors from Pittsburg State University. She moved to Naples, FL 11 years ago with her husband Matthew.  She is an entrepreneur and a health advocate. She has two young kids, a son and a daughter. A member of Southwest Florida Chinese Association. Fluent in Mandarin. 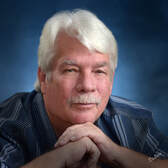 Jim Wolff, SWFCA Secretary
​Happily married and living in Bonita Springs with his beautiful wife, Yajie Liu.  Jim holds an AS degree in Civil Engineering, Bachelor's degree in Professional Studies, and attended Webster University for a Master's degree in IT Resource Management.  Jim began his professional career as a Fluids Engineer for 10 years before changing his career to an IT Systems and Database Administrator for over 30 years.  In his personal time, Jim's keen eye helps him specialize in his passion for portraiture and event photography.
Wendy Kuo, SWFCA Treasurer
Nikki Deng, SWFCA Board Member 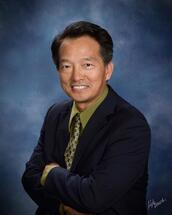 Colin Feng, SWFCA Past President
Dr. Colin Feng was born and raised in China. After graduating from Xian Jiao Tong University in Business Management, he earned both his MA and PhD in Economics from The Ohio State University. Dr. Feng is a certified financial planner with Equitable Advisors, LLC. He has been selected as Southwest Florida Five Star Wealth Manager every year since 2012 by Gulf Shore Magazine and also specializes in life, disability, and long-term care insurance. Dr. Feng taught Economics at Florida Southwestern State Community College. He is very active in the local community and has participated in many non-profit organizations in Southwest Florida. He is a member of the South Fort Myers Rotary Club, and is the past president of the Southwest Florida Chinese Association, the Naples Asian Professionals Association, and the Kiwanis Club of San Carlos Park-Estero.  ​
Renxiang (Apple) Liu, SWFCA Board Member

Frank Zhou, SWFCA Board Member
​Frank was born and raised in Shanghai, China and moved to Naples, FL in 1999. He earned a Bachelor in Computer Science in Engineering from the University of Florida and earned his MBA at Regis University. He worked in the Information Technology field for over 15 years as Programmer, Analyst, and Manager in areas such as software development, healthcare management, and property and casualty insurance and owns and manages several small businesses. He has been involved with many organizations devoted in assisting youth education and promoting Chinese culture, and served on the board as a treasurer for a condo association. Frank is married with two children: one in high school and one attending Florida State University, and enjoys property ownership and management as well as stock trading.
​